Brodi Ashton: I’ve had a few mail mishaps that made me blush, and so have my friends

I have no fewer than five former residents of my house who still receive their mail here. I’d be annoyed at all the extra paper, if I hadn’t had my share of mail mishaps, ranging from bothersome to embarrassing. And I mean for the people on the receiving end.

When I used to run a blog, I hosted an event called “Free Book Friday.” It took place on Thursdays and the prizes were magazines. Kidding of course. I am referencing my complete lack of creativity in the name I chose.

I would run contests, and the winners would receive a book of their choosing. Then I would go to Amazon, pick the book and mail it to the winner.

What I didn’t realize was my husband (at the time), while considering certain purchases, would leave them in the shopping cart.

My first Free Book Friday winner was a woman named Jennie. She requested a book, which I ordered and sent, but when she got the package, the book was there, along with a box of electronic doorknobs with keypads.

All told, the book was worth about eight bucks and the doorknobs were $200.

We didn’t even realize what had happened, but Jennie was nice enough to alert me to my mistake.

“How could you leave electronic doorknobs in the shopping cart?” I said to my then husband.

The divorce was in motion.

Brodi Ashton: If you flip the bird and no one is around to see it, does it make the driver you targeted any less of a jerk?

Ashton: Some scary stories are creepy … and fake. Others are real … and I won’t tell you how to feel about them.

Ashton: How a visit to the town Calamity Jane and Wild Bill made famous got me thinking about the 2020 presidential race

Ashton: The art of passing gas and other things my father taught me

When I was single again, and smarter — or so I thought — I was dating a man, and I thought I’d send him a Valentine’s present. Not to be too explicit, but it was going to be something I would wear and he would enjoy.

But, I didn’t realize I had my kids’ back-to-school boxer-briefs in the shopping cart as well. So, my boyfriend received a sexy present… and a child’s underthings.

It was definitely not the romantic message I had intended to send.

I asked a few friends if they’d had experiences like this. One had a good one, but I promised her complete anonymity. And a promise is a promise.

My friend, let’s call her Gladys, bought these nifty little things called pee-proof underwear. (OK, let’s just all admit that these kinds of things can be very necessary when two people love each other very much and one of them delivers a new person into the world. Can I get a fist bump, ladies?)

So, she made the purchase, but the package never arrived. She checked her shipping address history and realized — to her horror — that she had sent it to her previous employer at an undisclosed university, where she had been a professor.

She called the school, and they said that misdirected packages were kept in the mailroom. However, by the time she made it to the school, she learned the package had been sent to the dean’s office, opened, and then sent back to the mailroom, still open.

And when you open the package, this is what you see:

And then you see this:

But all of this embarrassment does have a happy ending. Besides the fact that my friend can now comfortably sneeze, the original blog post book winner happened to need electronic door knobs and paid us for them. As for the sexy lingerie, I never ended up wearing it. And that should make everyone happy.

Here’s to accurate shipping in the future.

END_OF_DOCUMENT_TOKEN_TO_BE_REPLACED 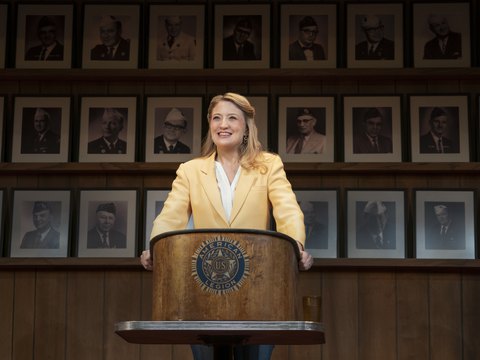