A Utah theater axed its run of ‘To Kill a Mockingbird’ in a licensing spat. Now it will produce Aaron Sorkin’s new version, royalty-free.

“To Kill a Mockingbird” will rise again at Salt Lake City’s Grand Theatre.

A new stage version of Harper Lee’s acclaimed novel about growing up in segregated Alabama — adapted by Emmy- and Oscar-winning writer Aaron Sorkin — will run March 26 to April 11, 2020, a spokeswoman for The Grand confirmed Friday.

The community theater company, which performs at Salt Lake Community College, was forced to cancel a production this spring of an earlier “Mockingbird” adaptation, over a legal dispute between Broadway mogul Scott Rudin and a publishing house that held the rights to the older version.

The house, Dramatic Publishing, has for years licensed a version of “To Kill a Mockingbird” written by Christoper Sergel. That was the version the Grand planned to perform for a two-week run this spring.

Actors were already rehearsing the show in February when Seth Miller, the Grand’s artistic and executive director, and the play’s director, Mark Fossen, broke the news to the cast that the production was off.

Sorkin’s version of “To Kill a Mockingbird” premiered at Broadway’s Schubert Theatre on Dec. 13, with Jeff Daniels as Atticus Finch, the Alabama lawyer who defends a black man from a false charge of raping a white woman.

Sorkin is best known for creating the multiple Emmy winner “The West Wing.” He received an Academy Award for his adapted screenplay for 2010’s “The Social Network.” His other writing credits include “A Few Good Men,” “Steve Jobs” and “Molly’s Game” (which he also directed).

At the time, Rudin’s production company, Rudinplay, claimed all licensing rights to Lee’s novel, and contested Dramatic Publishing’s rights to license the Sergel version to regional theater companies. Productions around the country were told they had to cancel.

After a public-relations backlash — including a story on the front page of The New York Times — Rudin’s company relented. Rudinplay offered the regional theaters that canceled their production a chance to produce the Sorkin version, royalty-free.

The Grand isn’t the only regional company to take up Rudin’s offer. Both The Dayton Playhouse in Dayton, Ohio, and The Kavinoky Theatre in Buffalo, N.Y., will debut their productions of the Sorkin version in November.

END_OF_DOCUMENT_TOKEN_TO_BE_REPLACED

Brodi Ashton: My Uber driver wasn’t wearing a mask, and then he shared this ...
By Brodi Ashton | Special to The Tribune • 1d ago 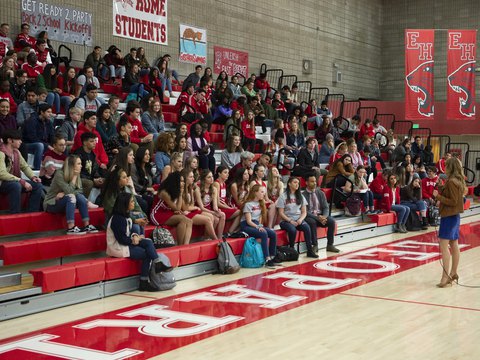 Pandemic halts TV and movie production in Utah. When will it resume?
By Scott D. Pierce • 2d ago With ‘Saturday’s Voyeur’ canceled, can you write a script to make Utahns laugh?
By Connor Sanders | The Salt Lake Tribune • 2d ago
END_OF_DOCUMENT_TOKEN_TO_BE_REPLACED
L

Trump’s pitch to voters: Trust me, economy will soar in 2021
By Jill Colvin and Zeke Miller | The Associated Press • 2h ago