Scott D. Pierce: CNN episode focuses on LDS and LGBTQ in Utah. And, no, it’s not a hit piece.

There is a segment of Utah’s population that will see the upcoming episode of “United Shades of America with W. Kamau Bell” as a hit piece on the LDS Church.

It’s not. And the people who think it is are the ones who should definitely watch.

Titled “Out and Proud Salt Lake” — and, coincidentally, airing the same weekend as Utah Pride (Sunday, 8 p.m., CNN) — it’s an informative, touching, funny and heartfelt look at what it’s like to be LGBTQ in the city that’s home to the headquarters of The Church of Jesus Christ of Latter-day Saints.

(Early on, Bell tells viewers that’s the church’s preferred name. But he and everyone else — including church members — use the term “Mormon” throughout. Because, church policy or not, that’s the way people talk.)

The host allows his guests to express their feelings about Latter-day Saint policies, and he isn’t reluctant to express his own. But he defends the church in ways you don’t often see on TV.

“It’s the only religion that I can think of where you can feel free to make fun of it with no repercussions. You can even get rich making fun of it,” he says, pointing to the creators of “The Book of Mormon” musical.

He tells viewers that church members no longer practice polygamy, and that “their underwear is called sacred garments, not magical underwear. And we’re not going to show it. It’s sacred.”

No church official appears in the show, because, “Well, nobody in leadership wanted to talk to us.” So, no, the church can’t complain about not being represented.

Bell briefly and accurately recounts the church’s founding before getting to the subject at hand — that it “does not have a great relationship with the LGBTQ community.” There’s video of Dallin H. Oaks, first counselor in the governing LDS First Presidency, delivering a talk in which he says God requires members to oppose same-sex marriage and transgender rights, which are part of Satan’s plan.

He sits down and talks to a trans woman. A trans man and his mom. Young gay men. An intersex person. A middle-aged gay man and his gay father. A father of six who is attracted to men but married to a woman — which Bell questions: “Hokay, all due respect to Ricardo, not every gay person can or wants to partner up in what they call a mixed-orientation marriage.”

Pride Week kicks off in Salt Lake City. Here are the details.

With the exception of Ricardo, they all tell stories about how the church has adversely affected them, but acknowledge good things about the church. As does Bell.

But he also says that “the message that the church doesn’t want its LGBTQ+ community to be their full selves comes through at an early age. And the damage it does is clear. There are alarming high rates of teen suicide in Utah.”

He draws Imagine Dragons lead singer Dan Reynolds — founder of the LoveLoud music festival — into the conversation as both advocate and critic.

“Mormons [are] not people looking to be bigoted. ... They really are good-hearted human beings. I’m not saying that because I’m Mormon,” says Reynolds.

He tells Bell he disagrees with the church’s policies, but that he remains a member because “It’s part of my culture. It makes me who I am today.” And because it allows him to work for the LGBTQ community from the inside.

“I know that Mormons will only listen if it’s coming from one of their own,” Reynolds says.

Even though the hour deals with tough subjects like depression and suicide, it’s not an attack on the church. And it is a chance for church members to hear other points of view.

Nathan, a 19-year-old who grew up in the faith, says attending church “was my own kind of personal hell.” And that being told gays are welcome in the church “if you don’t marry who you’re attracted to, if you’re celibate, if you enter into a mixed-orientation marriage, or you leave” is “a very lonely thing to be asked to do.”

“We wanted desperately to stay. But it did cause a lot of depression and anxiety for me. Which is unfortunate, because I think it could be a place that is uplifting for everyone.”

Reynolds expresses confidence that the church will change its policies.

“They just have to change, ’cause it’s just so not healthy, not fair in any way,” he says. “And I just wish that everybody could take the time to just listen.”

Even if you think Reynolds’ optimism is misplaced, he’s absolutely right about listening. “United Shades of America” lets you do just that.

END_OF_DOCUMENT_TOKEN_TO_BE_REPLACED 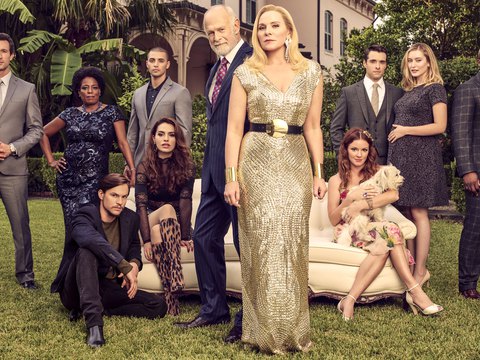 Brodi Ashton: What I learned after living without electricity for days and days and days
By Brodi Ashton | Special to The Tribune • 5d ago
END_OF_DOCUMENT_TOKEN_TO_BE_REPLACED
L

In despair, protesters take to streets for Breonna Taylor
By Claire Galofaro, Dylan Lovan and Angie Wang | The Associated Press • 4h ago

Letter: Replacing Ginsburg is a poor strategy for Trump
By Andrew McKinnon | The Public Forum • 5h ago