25 artists tried to capture the vibe of downtown Salt Lake City on deadline. Now you can see their work.

As artist Jenna Ward wandered Main Street in Salt Lake City last week, she saw a man lounging and enjoying his drink at a table outside Eva’s Bakery. That’s a perfect way to spend a fall morning, she thought, picking her spot to paint. As she was setting up, a “gaggle of women” on a Segway tour zipped by and made her laugh.

“I was energized being out on a busy sidewalk with so much going on around me,” she said. “I had to remind myself to keep working or I would have spent the whole time watching people and enjoying conversations with strangers.”

Ward was one of 25 artists hired by The Blocks, a program that promotes Salt Lake City’s downtown arts and entertainment district, to paint scenes from 10 spots on Sept. 13, 14 and 15. The dozens of paintings they created are on display through Sept. 29 at the Utah Museum of Contemporary Art, 20 S. West Temple.

“The artwork celebrates our amazing cultural venues, architecture and atmosphere downtown as seen through a small cross-section of our local creative community,” said Tyler Bloomquist, artistic director of The Blocks. “The finished pieces provide audiences with unique perspectives and interpretations of the places we know and love downtown.”

The artwork, with prices ranging from $100 to $650, can be purchased beginning Friday at a free opening reception from 7 to 9 p.m. at the museum. Fifteen percent of sales during the exhibition will be donated to Art Access to provide art therapy to homeless adults.

At the request of The Salt Lake Tribune, four of the participating artists described their experiences painting during The Blocks Urban Plein Air Festival.

“I typically work in vibrant colors in an impressionistic style, and that day I chose a lot of yellows and pinks to complement the early morning blues shadows. By the time I was done, it was nearing lunchtime and a couple had met up and, after hugging, sat at the table where the lounging man had been. I ended up painting them instead because I hadn’t gotten around to capturing him before he left. I liked filling in all the unknowns about what brought them together for lunch and tried to read their body language to figure out if they knew each other or if I was witnessing a first date. (I named my painting ‘Lunch Date.’)

“A woman who stopped to see my progress said she’d never seen anyone paint with so much color. I told her I liked to capture the mood by infusing my work with color. She said, ‘Color brings the happiness around.’ Exactly! Expressing the happiness I feel and see in life is exactly what I hope my art expresses when others view it.”

Albert Wint at the Federal Building

“The portable easel … was given to me a long time ago by my parents and while painting the thought that went through my mind most was, ‘Why haven’t I used this easel to paint outside more often? I love this!’ …

“Painting outside adds an element of time and a sense of urgency to paint faster, either because the light changes or also in my case because I didn’t think through my parking situation on my first day very well and so had to really rush. … However, I think that helped my painting have more energy. Sometimes I do better when I have less time to do things. The subconscious takes more of a front row seat. … I end up adding details later to tighten up and give the work a more finished look while still keeping the loose and painterly feel. I especially love the combination of trees and buildings together. Architecture has very clear and defined lines that follow the rules of perspective, while trees have loose organic lines that are almost the opposite. It’s good to combine such — to sound dramatic — order and chaos together to make art.”

Hank Mattson at the Federal Building

“You typically spend all your time in [an urban] environment walking; going from place to place. The city remains solid as you travel throughout it. Being still, however, as the city shifted around me, was an unusual sensation. The city begins to feel fluid, especially from the painter’s perspective. Everything is hard to capture, even the buildings, as the sun hides and reappears to cast new shadows. … It seems that everything evokes a sense of wonder if you observe it long enough, and I hope the wonder I felt rubbed off on the people who watched.

“The light was compelling in itself, but I spotted something I had never noticed before. The Qwest or Bell System Building (as I’m told it’s called by passersby) has these odd windows that reflect in subdued rainbows like polarized lenses. Almost every window is a different color. This startling color from an otherwise very square building was begging to be captured.”

“Downtown Salt Lake (and specifically where I was posted at Exchange Place) has such a different atmosphere than anywhere else in the greater Salt Lake area, and even anywhere in the valley. It was interesting talking with people from different walks of life and telling them about what I was doing. …

“I am a graphic designer and letterer, so my approach was more conceptual and stylized, rather than directly painting environment. I wanted to capture not only aspects of the architecture, but also the feel of downtown with my letters and color choices.”

THE BLOCKS URBAN PLEIN AIR FESTIVAL
How it worked: Starting at 8:30 a.m. on Sept. 13, artists picked up two canvases from a wall at the Utah Museum of Contemporary Art. They had three days to complete their canvases at their location, selected randomly from 10 downtown spots designated by The Blocks. The finished work was delivered back to the same location on the wall at UMOCA by 5 p.m. on Sept. 15.
The goal: “To see artists at work — no matter what their discipline — demystifies the finished product and creates a better understanding of and respect for the amount of work, thought and dedication that goes into making a work of art,” said Tyler Bloomquist, artistic director of The Blocks. “One of our goal for this project was to provide this opportunity for our downtown denizens during their daily routines.”
Seeing the art: The exhibit at UMOCA, 20 S. West Temple, Salt Lake City, will be open until Sept. 29. A free reception open to the public is scheduled from 7 to 9 p.m. on Friday. Another exhibit, “Security Questions” by Daniel Everett, also is opening.
Gallery Stroll: Galleries around the city are open later hours on Friday for this month’s free Salt Lake Gallery Stroll. Learn more at http://www.gallerystroll.org.

END_OF_DOCUMENT_TOKEN_TO_BE_REPLACED 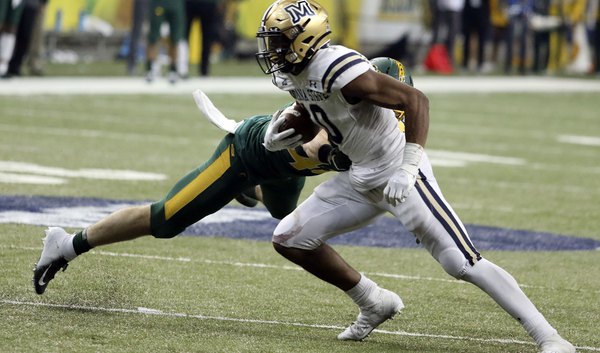 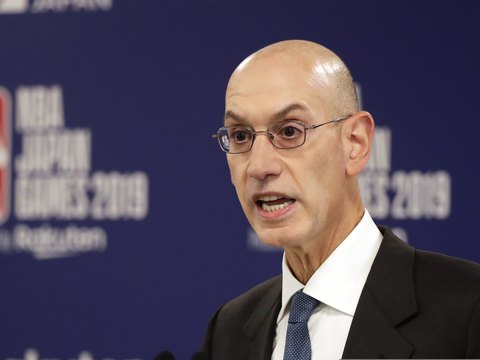 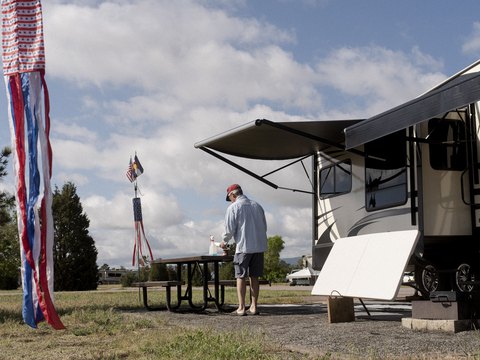 Camping in the West? Like everything these days, it’s complicated.
By Steve Knopper | The New York Times • 2h ago