Paisley Rekdal kept obsessing over the twisted sculpture made from wrecked plane parts, spoils of war stacked as high as a house.

The Salt Lake City poet, temporarily living in Hanoi on a writing fellowship, was consciously working to avoid “trauma tourism” while in a country that, disorientingly, referred to the conflict as The American War.

But Rekdal found she couldn’t look away from the metal tower erected in the courtyard of the Vietnam Military History Museum. She kept trying to puzzle out why the sculpture haunted her, hoping repeated viewings would eventually make her feel less.

“Propped on a cement slab, the sculpture was a hulking mass of incongruous metals, scorched and dented and scarred, the planes’ spoilers soldered into ailerons, wrenched-off bay doors tossed onto cockpits, windshields haphazarded with cracks,” is how Rekdal, a University of Utah English professor, describes the artwork.

While she was living in Vietnam, she read a Facebook post about a news story back home in Salt Lake City. On April 26, 2012, Kiet Thanh Ly, 34, bought a knife from the 400 South Smith’s Marketplace, and then in the parking lot proceeded to stab two white men, Tim DeJulis and Keltin Barney, a U. English student.

“Something about [Ly’s] cry, ‘Why did you kill my people?’ resonated with my visits to this sculpture,” Rekdal writes in her new book, “The Broken Country,” a lyric argument exploring the cultural and genetic trauma that is the continuing legacy of the Vietnam War.

Rekdal, who was recently named the state’s poet laureate, will read from her book at 7 p.m. Oct. 10 at West Jordan’s Viridian Event Center, part of the month-long Utah Humanities Book Festival. If the festival’s lineup is weighted toward showcasing poetry this year, perhaps that’s because “we have a tendency to turn to poets in tumultuous times,” says Michael McLane, the nonprofit’s literature program officer.

“What’s really unique about the book is that there are so many different levels of analysis,” says Tom Roche, project editor for the University of Georgia Press. Last year, “The Broken Country” won the prestigious Association of Writers and Writing Programs’ Creative Nonfiction award.

Rekdal begins the book by disrupting narrative theory — taking literally the idea that trauma disrupts the way we tell stories. The opening chapter reads like a vivid, beautifully detailed journalistic account of a seemingly random attack on a balmy April afternoon at a popular Salt Lake City store.

“There’s a sense of confusion in the opening of the book, about a crime,” Roche says. “It’s disorienting. There’s pain described vividly. There’s bright lights. The person who was attacked doesn’t know what’s happening. It’s hard to give any meaning to it. Then, gradually, she constructs a story that gives us meaning, or allows us to understand it, at least. By the time you get to the end, you have a narrative of cultural displacement and how it has affected our culture on so many different levels.”

The Salt Lake stabbing serves to illuminate the larger cultural trauma in the mostly unexplored aftermath of the Vietnam War. For Americans, Vietnam is a metaphor “for loss, for American embarrassment,” Rekdal says. “We trot it out all the time. We are a culture in love with forgetting. We like to say things are over.”

The book’s prose is absorbing and elegant, filled with thought-provoking and far-ranging insight, says U. English colleague Vincent Cheng. Beyond past wars, the book also considers the plight and conditions of refugees, as well as the homeless.

It is those layers of exploration that make “The Broken Country” so compelling, its argument summarized in the book’s subtitle: “On Trauma, A Crime, and the Continuing Legacy of Vietnam.” Rekdal explores trauma theory and narrative theory and brain science, as well as her own history as the daughter and niece of Vietnam-era veterans. Further explorations draw upon her interviews with stabbing victims and oral histories from Utah’s Vietnamese refugees, including some who grew up with Ly.

The history of Paisley

Rekdal, 46, grew up in Seattle, the daughter of a Chinese-American mother and a father of Norwegian descent. She was, she writes in a poem, “so boringly middle class her parents hadn’t even divorced,” an example of the kind of distance and intimacy she employs in her work.

The conflicting, shifting nature of identity as a kind of ongoing experiment is one of the themes in Rekdal’s work, says Katharine Coles, a U. colleague and a former Utah poet laureate. “The way she experiences herself in the world is one of the things that make her such a powerful poet.”

Paisley, her distinctive, hippie-sounding first name, is one of the most Chinese things about her, Rekdal says. Her mother hasn’t ever really explained the choice, although Rekdal has written about the history of all things paisley, including shawls, in a multifaceted poem.

“I really wish there were a better story,” the poet says, with a sigh. “I’ve asked her and asked her,” and the only answer the daughter received is this: “I’ve always thought it was pretty, and if you ever became famous, you could go by one name.”

She might not have attained one-name status, but in the literary world she’s been called “a very, very good poet who should be better known,” as Craig Morgan Teicher wrote last year in the Los Angeles Times. “Imaginary Vessels,” her fifth collection, should become the poet’s breakout book, Teicher wrote, calling her work “frighteningly intelligent yet easily understood.”

The paradox of intimacy and distance can be found woven throughout Rekdal’s work, including her breathtakingly original 2011 memoir, “Intimate: An American Family Photo Album.” The book explores her own mixed-race heritage as she questions the idea of cultural authenticity in Edward S. Curtis’ legendary, turn-of-the-20th-century photographs of American Indians.

More than a decade ago, Rekdal was newly divorced when she moved from Wyoming to Salt Lake City, thinking she had moved to the safest place in the West. Until, that is, she became caught up in watching nightly news reports of a woman, Lori Hacking, who had disappeared from her Avenues neighborhood while jogging, themes Rekdal explored in a powerful poem (“Body of Stuffed Female Swift Fox, Natural History Museum”) and essay (“The Lives of Strangers”).

Maybe that Salt Lake City poem was the beginning of Rekdal’s work bridging Salt Lake City’s gown/town divide, exploring the boundary-crossing paradoxes of Utah. “And what it means to be part of a community that on the surface you don’t have anything in common with,” she told writer Elaine Jarvik in an interview for Continuum, the U.’s alumni magazine.

In 2013, after teaching a nonfiction class based on Rebecca Solnit’s “Infinite City: A San Francisco Atlas,” she launched “Mapping SLC,” intended as an artistic community archive of Utah’s capital city.

That ambitious place-based project sparked her idea for “Mapping Literary Utah,” a website she plans to launch as the state’s poet laureate. She aims to collect interviews and podcasts archiving the diversity of Utah writers, historic and contemporary, ranging from early Mormon poets to writers who were interned at the Topaz War Relocation Center during World War II. “Utah is neither monolithic nor homogeneous, regardless of how others outside our state perceive us,” Rekdal says. “The state is composed of communities that are constantly changing.”

Always changing, too, is the poet, who scoffs at the idea that publishing her eighth book might make her almost famous on the U. campus. “They know we are simply bodies there to give them grades, and that is fine with me,” she says.

If there is one biographical detail that undergraduate students are likely to have focused on, it’s that Rekdal and her husband, Sean Myles, a computer programmer, live in separate spaces in the same Avenues duplex. The only way to stay married, she jokes, for two people who often work at home.

Next up, she says, is a poetry collection that reconsiders the metaphor of the nightingale, an important symbol in poetry through the ages. She explicates the symbol, while articulating how victims are silenced by sexual assault, in “Nightingale: A Gloss,” published this month in American Poetry Review. “Language is the first site of loss and our first defense against it,” is how she begins.

Since the 2016 election, she has become something of an accidental activist, organizing Writers Resist readings and becoming the chairwoman of her neighborhood political district. Just this week, following Aimee Bender and a handful of other writers, Rekdal volunteered to read manuscripts for emerging writers who live in Republican states — if they would agree to call their elected officials to protest proposed legislation.

“I’m not trying to make my students think politically the way I think,” she says. “I’m trying to get them to think.” And poetry students, she adds,” are studying an art form that has been talking about some of the deepest, hardest questions we’ve ever talked about.”

For more events that are part of the 20th annual Utah Humanities Book Festival, visit utahhumanities.org.

END_OF_DOCUMENT_TOKEN_TO_BE_REPLACED 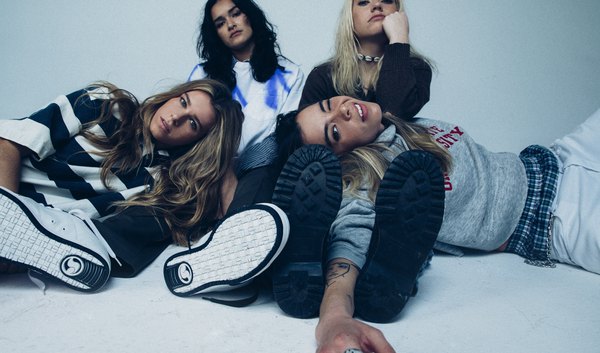 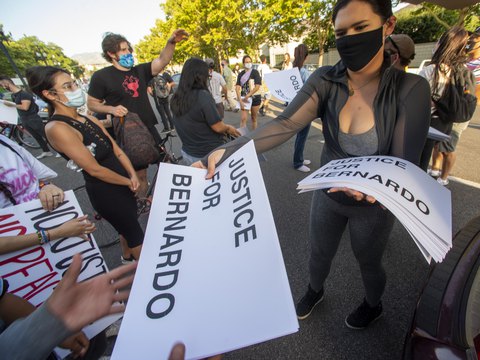 Scott D. Pierce: Is Peacock worth the price? Sure — if you don’t have to pay extra for it
By Scott D. Pierce • 3d ago
END_OF_DOCUMENT_TOKEN_TO_BE_REPLACED
L