A Utah “hyper-reality” company partners with the new “Ghostbusters” movie, and has big plans for the future.

Lindon • A 100-foot-long snake with a head the size of a Prius has been spotted slithering through a Lindon neighborhood, around the corner from a tire store and a flooring dealer, and a couple of blocks from a Wal-Mart — a snake so ginormous, you can feel its fiery nostril breath on your face.

Or so it seems.

The snake pops out as you walk through the virtual world "Curse of the Serpent's Eye" inside the headquarters of The VOID, a tech entertainment company housed in a nondescript single-story building in this normally placid Utah County suburb.

But more about that snake and "Serpent's Eye" in a sec. First, let's talk about ghosts.

The VOID's first large-scale "hyper-reality experience," as they're calling it, opened July 1 at Madame Tussauds Wax Museum in New York's Times Square. "Ghostbusters: Dimension" is a tie-in with the rebooted movie franchise, which opened in theaters Friday. In The VOID's immersive version, you strap on a proton pack and headgear, pick up a blaster, and become a ghostbuster, walking around a cityscape wasting specters for a whole seven minutes. It's like being inside the ultimate first-person shooter video game — not sitting on a couch pushing buttons, but being actively involved in the goings-on.

"Ghostbusters: Dimension" is sort of a public coming-out party for The VOID (the letters stand for Vision of Infinite Dimensions). The company's primary goal had been in planning a worldwide chain of VOID Entertainment Centers, the first of which is slated to be built next year in Pleasant Grove, just up the street from VOID HQ. Then "Ghostbusters" came along.

Making the magic happen • " 'Ghostbusters' was too good an opportunity to pass up, and that sort of pushed out our timeline for the entertainment centers a bit," said VOID co-founder and chief creative officer Curtis Hickman. "But it's going to happen. We've gotten a lot of questions, like 'Why are we building this in Utah?' and we tell them it's because Utah is awesome; it's where we all live, and people here want this kind of technology. There's a reason why Comic Con is so big here — there's an appetite for this sort of entertainment, and we want to feed it."

Hickman has a background as a professional magician and visual-effects artist, doing everything from working children's birthday parties to designing illusions used by David Copperfield and Criss Angel.

"From a magician's point of view, virtual tech is amazing," Hickman said. "It's an opportunity to put people into the perfect environment for magic, and the immersive quality intrigues me most. How can we have someone really believe they're someplace else? How can we get people to forget they're in a virtual world? How can we make people feel like they're falling?"

Hickman and VOID co-founder Ken Bretschneider had been developing a 45-acre theme park concept called Evermore, which they planned to also build in Pleasant Grove, when they teamed with James Jensen, who, like Hickman, had an extensive visual-effects background. But zoning issues and a lack of funding forced them last year to indefinitely postpone Evermore.

The team then plunged into developing the entertainment centers. About the size of a megaplex, the thinking is that people will be able to visit them and choose from a variety of virtual experiences. Their dream is to have 1,000 centers around the world.

"I'd had this idea for 16 years of mapping a virtual world over a physical world," Jensen said. "But 16 years ago, the technology just wasn't there. And now it is. The best way to describe it is a mixture between a theme park, movies and video games, all smashed together to create a new reality that you walk around in and explore."

While Oculus VR and its headset, the Rift, have been catching most of the virtual-world buzz since being acquired by Facebook in 2014, The VOID has quietly been taking immersive tech to its next level, even further than augmented reality platforms that support the currently white-hot mobile game Pokemon Go.

Close encounter with Spielberg • A VOID experience isn't just a headset that drops over your eyes, like the Rift. There are speakers and microphones built into the headgear that feed you experience-specific audio and let you talk with anyone with you. Your senses of sight, hearing and touch are fully immersed. In "Serpent's Eye," you walk untethered through a crumbling Mayan temple ruin, even though without the headgear, it looks more like a building under construction. When you see a digitized version of a stone you're told to sit on, you can actually sit on it, even though it's just a foam block. When you see a beautifully decorated torch and are told to carry it, you can actually hold it in your hand, even though it's basically a stylized stick. When you see fire, you can feel heat emanating from it, even though it's coming from a heat lamp. When the floor collapses, you can feel yourself plummeting to what seems like certain death, even though hydraulics drop you 6 inches. And when an explosion goes off, you can feel shrapnel slamming into your body, even though those are just the 22 contact points triggered in the haptic vest you're wearing as part of the experience.

And when the snake jumps out? You feel like a serpent is really leaping out at you.

"We joke about how adults go into The VOID and come out as kids on the other side," Jensen said. "They're going 'Oh my god, this is the most amazing thing I've ever seen.' "

One such transformed kid was Steven Spielberg, who went through a VOID experience when the company was showing off its tech at a recent TED conference in Vancouver, Canada.

"Meeting Spielberg was amazing, and he completely got it right from the very beginning," Jensen said. "He told us we were doing all the right things to make this world really come to life. He went through the experience, he was really excited, and he spent quite a bit of time with us after it was over. When he put on the gear, I really had to hold myself back from saying, 'Are you ready, player one?'" ("Ready Player One" is a film adaptation of Ernest Cline's novel that takes place in a virtual-reality universe. Set to be directed by Spielberg, it's scheduled for a 2018 release.)

Hickman sees potential for VOID technology not just in entertainment, but in education, training, medicine and psychology.

"I love the idea of immersive therapy in The VOID. If you're afraid of heights or have some kind of phobia, you could slowly get people to overcome them, or you could help someone get over post-traumatic stress disorder. But we just want to keep taking this technology further. The equipment is going to get lighter, smaller, more realistic. ... We're really in the early days of this. In 10 years, people will look back and say how primitive what we're doing now is. I really look forward to those days, but until then, I'm enjoying what we have now."

END_OF_DOCUMENT_TOKEN_TO_BE_REPLACED 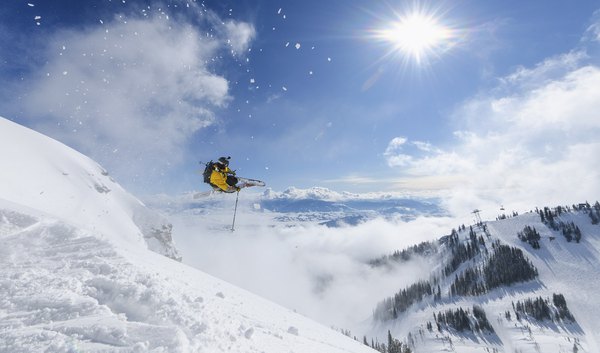 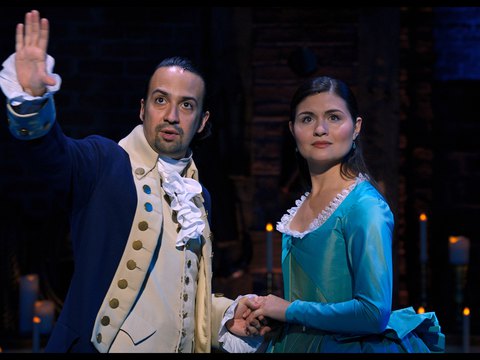 ‘Hamilton’ at Eccles Theater moving to July 2021, because of COVID-19
By Sean P. Means • 4d ago
END_OF_DOCUMENT_TOKEN_TO_BE_REPLACED
L