Track and field • Grayson Murphy, a former soccer player, thriving in first season at the U.

It started with a push.

Within an instant, Grayson Murphy, at a leaned-limbed 5 foot 4, had fallen on the rail of the track.

She felt feet pushing off her as she scrambled to rise from the ground. There were more than 20 laps left to go. Murphy pushed through it, running the next two miles in roughly 10 minutes.

From there, her memory of running that race ­— the 5,000 meters at NCAA Indoor Nationals — goes dark.

"That's the sickest I've ever made myself from a race," the junior runner said. "By the time I finished, I blacked out. They dragged me off the track. I don't really remember an hour of time after the race ended. I couldn't even open my eyes."

The 21-year-old Murphy from Salt Lake City still finished 15th in that March race in College Station, Texas, to earn second-team all America for her blackout effort. She suffered from lactic acidosis, which put her "down and out" for two days, she said.

Coach Kyle Kepler hopes that never happens again to Murphy, who has come on this year as Utah's top distance racer. But the experience showed him something about her competitive spirit.

"That happens, and you don't want that to happen, but you really find out how tough a kid is," he said. "It's obvious that she just loves to compete."

That's what has drawn Murphy to Utah, her third college, after never running track at West High School. Murphy was a high-scoring all-state striker for the Panthers' soccer team. Her first school, Sweet Briar College in Virginia, was where she intended to pursue that sport.

Murphy said she wanted to keep pushing herself when she arrived there as a freshman, but she found few of her teammates at the Division III school had the same intersest. She burned herself out of the sport by the end of one year.

"I had some clashing reconciling in myself, that I worked so hard in high school for this, and then it wasn't what I wanted it to be," she said. "I thought I would start completely new, even with my sport."

Murphy always had taken to running. She had been the fastest on all of her soccer teams growing up. After she transferred to Santa Clara (Calif.), she e-mailed the track coaches: Could she walk on?

It was a hard start, Murphy admitted. The first few weeks in the slowest training group left her feeling run down after every workout. But she got faster and faster as the weeks passed. She was the fastest runner at Santa Clara within a few months. But she found herself again hitting competitive barriers.

"I realized I was getting good at track to the point where it was something I might pursue more seriously," she said. "I knew I wasn't going to get the attention and competition I needed at Santa Clara. I started looking at schools where I thought I could progress."

Murphy, a civil engineering major, also sought a program where she potentially could earn a PhD, and Utah, her hometown school, fit the bill. She admits she initially was "reluctant" to come back to Utah, but decided it would be the best place to go between academics and the familiarity of home.

Utah was glad to take her.

"We knew because of her background and because she's so young to running, we thought the potential was huge," Kepler said. "Once she got here on campus and got running, you could definitely see, 'OK, this kid has a gift.' She just kind of hid under the radar with all those years playing soccer."

Kepler keeps boards of school records on his office wall. He'll have to replace many of the slides to add Murphy's name atop them this offseason. She's already captured the record in the 3,000-meter steeplechase record, indoor and outdoor 5,000, and she's fourth in the 10,000 in school history.

END_OF_DOCUMENT_TOKEN_TO_BE_REPLACED

Utah gymnastics transfer Emilie LeBlanc knew she was taking a risk by leaving Maryland, but the rewards have come quickly
By Lya Wodraska | Special to The Tribune • 2d ago 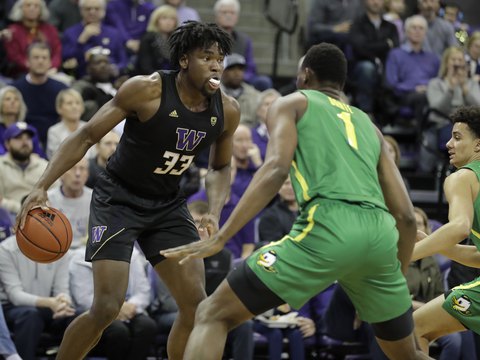 David Brooks: Joe Biden is stronger than you think
By David Brooks | The New York Times • 14m ago