Las Vegas • Archie Goodwin is about to set a record.

It won’t be cause for celebration.

Goodwin is a veteran of 165 NBA games, has scored 20 points on 10 occasions, and had a monthlong stretch with Phoenix two years ago when he started and averaged 16 points per game while playing against a slew of All-Stars in that span.

The rest of the league doesn’t see it the same way. So he’s back in the NBA Summer League — where, after scoring six points for Portland on Saturday in the Trail Blazers’ 93-78 win over the Utah Jazz, he moved within 13 points of matching Coby Karl’s record for the Las Vegas event. Karl scored 337 points. Goodwin is up to 324, according to data compiled by RealGM.

“It comes with the job,” Goodwin said. “My world is just different. I’m just trying to stay positive and continue to fight, looking for a chance to show how I can help a team.”

Saturday was Day 2 of the Summer League in Las Vegas, with a matchup between No. 1 pick Deandre Ayton and No. 2 Marvin Bagley III headlining a 10-game schedule. More 10-game slates await on Sunday and Monday, and the tournament runs through July 17.

Most guys in Vegas are playing for the first or second time. Goodwin is playing in the event for the fifth time.

Drafted No. 29 overall by Oklahoma City in 2013, Goodwin has gotten NBA time with Phoenix, Brooklyn and New Orleans. He appeared in five preseason games with Portland last season as well, but doesn’t even have as much as a training camp deal for this fall.

“I’m a resilient person,” Goodwin said. “That speaks to how I was raised that way, to never give up on my dreams. Hopefully the right situation pops up.”

Goodwin was one of the best guards in the G League last season, averaging 19 points on 53 percent shooting.

“I feel like I’m not getting a fair shake,” Goodwin said. “But that’s how it is. That’s my motivation. I’m going to keep knocking at the door and hopefully someone realizes that this kid — I’m only 23 years old — can help a team and bring a lot of value to a team.”

Charlotte’s Malik Monk (fractured thumb) and Philadelphia rookie Landry Shamet (sprained right ankle) were both hurt Friday and will miss the remainder of Summer League, their teams announced. The Hornets said Monk, a second-year guard, would be re-evaluated in six to eight weeks.

Suns 71, Kings 63 • Top pick Deandre Ayton scored 21 points on 8-of-11 shooting and grabbed 12 rebounds for Phoenix (2-0). Davon Reed added 12 points and Josh Jackson scored 10. Dragan Bender, the fourth overall selection in the 2016 draft, was scoreless on 0-for-5 shooting. Harry Giles had 17 points, six rebounds and five steals for Sacramento (0-1). Marvin Bagley III, the No. 2 pick, had 15 points and seven rebounds.

Trail Blazers 93, Jazz 78 • Wade Baldwin IV scored 20 points for Portland (1-0), which got 16 points from Gary Trent Jr. and 13 rebounds from Caleb Swanigan. Grayson Allen, Georges Niang and Tony Bradley all scored 16 for Utah (0-1). Allen struggled again from the field just as he did in two summer games at Salt Lake City earlier in the week, shooting 6 for 17, but added six rebounds and five assists.

Pelicans 110, Heat 84 • Trevon Bluiett was 10-of-16 shooting, including 6 of 10 from 3-point range, and had 26 points to lead New Orleans (2-0). The guard out of Xavier, who went undrafted last month, has scored 50 points, including 12 3s, in two Las Vegas Summer League games. Walter Lemon Jr. had 19 points, eight rebounds and nine assists, Cliff Alexander added 15 points and Cheick Diallo scored 14 for the Pelicans. Duncan Robinson scored 18 points, hitting 4-of-6 3-pointers, and Jarrod Jones had 15 points and 12 rebounds for Miami (0-1).

Grizzlies 73, Pistons 70 • Wayne Selden scored 20 points and first-round pick Jaren Jackson Jr. had 12 points, eight rebounds and four blocks for Memphis (1-0). Kobi Simmons added 12 points and Deyonta Davis scored 10 and grabbed nine boards as the Grizzlies held on. Henry Ellenson had 15 points and seven rebounds for Detroit (0-2) but was 5-of-21 shooting, including 1 of 10 from 3-point range, and committed seven of the Pistons’ 14 turnovers. Second-round picks Khyri Thomas and Bruce Brown Jr. had 13 and 12 points, respectively.

END_OF_DOCUMENT_TOKEN_TO_BE_REPLACED 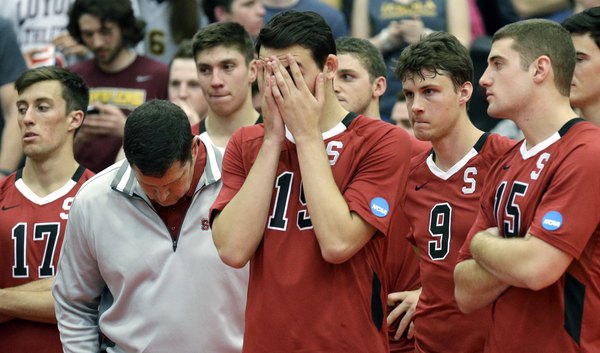 Utah Jazz EVP Dennis Lindsey is bullish on the team’s prospects in Orlando: ‘I think we’ll be formidable.’
By Eric Walden • 19h ago
END_OF_DOCUMENT_TOKEN_TO_BE_REPLACED
L