Even the timeline seems to be in Salt Lake City’s favor when it comes to putting together a bid for a Winter Olympics a decade from now.

The International Olympic Committee wants to know by March 31 what city the United States will put forth as a candidate to stage the 2026 Winter Games. While the U.S. Olympic Committee has not yet disclosed a process for picking its candidate for that competition — Denver and Reno-Tahoe also have expressed interest — it probably will need to have detailed bid documents in hand by the end of February to meet that deadline.

And Fraser Bullock, who helped lead the highly successful 2002 Games and is now one of three co-chairmen of Utah’s Olympic/Paralympic Exploratory Committee, is confident that neither U.S. rival can come close to matching Salt Lake City’s ability to assemble a solid game plan with a doable budget in that time frame.

“We’re fortunate we are where we are to have a very thorough, comprehensive report,” he said Monday when the Exploratory Committee, a combination of public and private sector officials and athlete representatives, held its second meeting at Salt Lake City Hall.

Utah’s team already has subcommittees looking at the numerous functions of putting on a Games, Bullock noted, led by people who were involved in the 2002 preparations and, in some cases, are still actively providing consulting to organizing committees in upcoming Olympic cities.

And they have solid data from 2002 that can be extrapolated to provide more accurate projections for the cost of hosting future Games — whether it’s 2026, the next to be awarded, or the Olympics that Bullock said Utah officials would prefer to stage, the 2030 Games. The latter would follow the 2028 Summer Olympics in Los Angeles.

Overseeing the development of an all-important budget, for instance, is Brett Hopkins, the chief financial officer in 2002 and a consultant on eight Olympics. His subcommittee is taking the 2002 budget and making five levels of adjustment to compensate for inflation over a couple of decades.

“We have a good understanding of how to attack 2026 or 2030,” Hopkins said. “We should be able to hone in on our budget recommendation to the committee in January.”

Venue subcommittee chairman Colin Hilton, another 2002 veteran who now runs three venues (speedskating oval in Kearns, the ski jumps/sliding track outside of Park City, and the cross country and biathlon courses in Midway), added that there won’t be many questions about where to hold events. Every site involved in the 2002 Games wants to be part of the next Olympics, he said.

Those venues clearly represent a major advantage that Salt Lake City has over its competitors, Bullock said. The state auditor recently reported the state would have to spend about $40 million to get Hilton’s venues ready for an Olympics. Denver and Reno-Tahoe will be looking at hundreds of millions of dollars to match what Salt Lake City already has.

“When we look at the complexity of hosting a Games right after Los Angeles,” Bullock said his examination of the financial figures shows that “for us it’s possible, but challenging, to make the numbers work. I’m not sure how Denver or Reno-Tahoe can compete.”

The Exploratory Committee will meet again Jan. 22 to receive subcommittee reports. Members then will get a few days to suggest any changes before a final report is prepared for state and city officials who ultimately will make the decision on going forward.

The IOC will pick a host city for the 2026 Winter Olympics in September of 2019. Because so few cities are bidding for the Games due to costs, most observers expect the IOC to award the 2030 Olympics at the same time — just as it gave Los Angeles the 2028 nod at the same time it selected Paris to be the 2024 host.

The 2018 Winter Games will be held in February in Pyeongchang, South Korea. Beijing will play host to the 2022 Winter Olympics.

END_OF_DOCUMENT_TOKEN_TO_BE_REPLACED 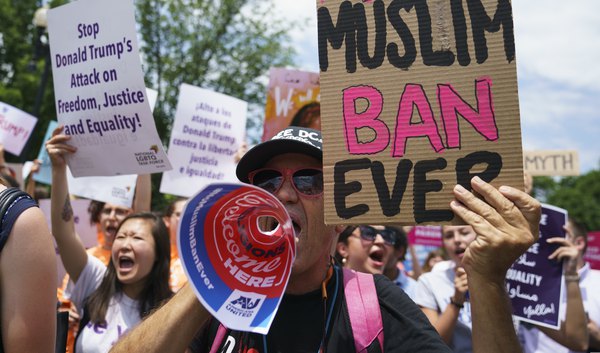 Political Cornflakes: Trump confirms he plans to expand travel ban for more Muslim countries
By The Tribune Political Team • 11m ago
Andrea Moore: Bullying is the unseen epidemic in Utah schools
By Andrea Moore | Special to The Tribune • 27m ago

Keith Watts: Time for Utah’s senators to make us proud
By Keith Watts | Special to The Tribune • 43m ago