Letter: Given Romney’s heartless views on DACA, I can no longer support him

A letter to Mitt Romney:

I have been a staunch supporter of your various activities and political runs since your role with the 2002 Olympics in Salt Lake City, and through your runs for president of the United States. Despite many comments from my naysayer friends, I hoped you would become our president, and was disappointed when things did not go that way.

I have, however, recently reassessed my thinking, since reading in The Salt Lake Tribune your heartless, elitist views on handling the DACA (Dreamers) problem. I was saddened and disappointed by your elitist attitude — to only help those who are financially well-off and already well educated — completely ignoring those young people who have not known any country but this one, and are working hard on their education and becoming and continue to be up-standing citizens.

I no longer consider myself your supporter, realizing I am only one person, and won’t significantly impact your efforts to fill Sen. Orrin Hatch’s Senate seat. But I believe there are others in our great state who share my views. I no longer plan to vote for you in the upcoming election. I will switch my allegiance to Jenny Wilson — who I feel better represents our “Utah values.”

END_OF_DOCUMENT_TOKEN_TO_BE_REPLACED 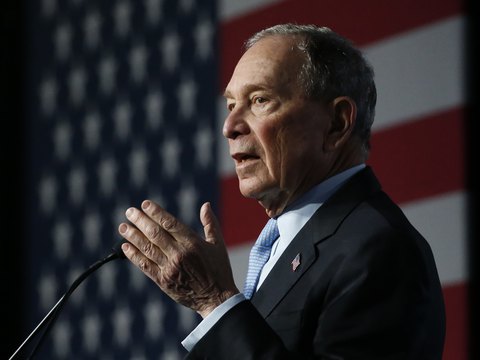 Letter: Bloomberg isn’t the only one trying to ‘buy’ the presidency
By Bill Revene | The Public Forum • 10h ago
END_OF_DOCUMENT_TOKEN_TO_BE_REPLACED
L

Bagley Cartoon: A Team of Boneheads
By Pat Bagley • 44m ago