Maybe ballot security isn't such a bad thing after all.

Democrats, who the day before yesterday were insisting that voter fraud didn't exist, now believe that it was used to steal a North Carolina congressional seat from them — and they may well be right.

Republican Mark Harris has a 905-vote lead over Democrat Dan McCready in the state’s 9th Congressional District, a slender victory that the State Board of Elections has refused to certify given credible allegations of cheating.

A consulting firm working for Harris contracted with an operative named McCrae Dowless based on his get-out-the-vote work, mostly involving his strange prowess with absentee ballots.

Dowless has a shady background that includes criminal convictions and a prior investigation of his election practices. His methods were seamy, at best.

Working from a storefront, he employed a crew to go door to door urging people to request absentee ballots. When they did, his team returned to collect the ballots, purportedly to deliver them to election officials but apparently to hand them over to Dowless first.

This is itself against the law in North Carolina, and rightly so. It destroys any chain of custody and creates the opportunity for more abuse and corruption. There is evidence that Dowless may have availed himself of it.

Bladen County, the largely rural area where Dowless focused his work, outpaced other counties in absentee-ballot requests — with 7.5 percent of registered voters making a request, higher than the 2 percent or so in most of the rest of the counties.

Weirdly, only 19 percent of absentee ballots in Bladen were submitted by Republicans, yet Harris managed to win 61 percent of the absentee vote there. He didn't win absentees in any other county.

The implication is that Dowless may have pocketed absentee ballots not to his liking, particularly from black Democrats. If so, this would truly be a damnable — and literal — instance of "voter suppression."

The Harris margin over McCready in Bladen County (162 votes) is considerably less than his overall margin. Yet there was almost certainly illegality in a very close election, and if Dowless was discarding or destroying ballots, the number of affected votes may go higher.

North Carolina law sets a standard for a revote that doesn't require a finding that cheating changed the outcome. The election board can order a new election if improprieties occurred that "taint the result" and "cast doubt on its fairness." Pending the conclusion of the board's investigation, it's hard to see how that standard won't be met.

Republicans won't like it, but they should probably want to start over, for the sake of the integrity of their own nominating process, if nothing else. In the GOP primary for the seat, Harris won an equally narrow victory over the Republican incumbent and an even more smashing Dowless-engineered victory in Bladen absentee ballots, 437 to 17.

The larger lesson here is that people will exploit vulnerabilities in the election system, and it should be as secure as possible. Absentee voting is a particular soft spot. It occurs outside the watch of election officials, and it's impossible to determine what happens to the ballot in between the time it leaves and returns.

Although usually not as extensive or consequential as what may have transpired in North Carolina's 9th District, vote fraud often involves absentee voting, and exploiting poor and vulnerable voters. In October, four people were indicted in Texas on 30 felony counts of targeting elderly voters in a fraudulent mail-in voter scheme.

Rules should be rigorous, and it's insane that the sort of vote harvesting that Dowless engaged in — i.e., a private party collecting the ballots of voters — is perfectly legal in California.

The North Carolina race demonstrates how even relatively small-scale cheating — no one will ever mistake McCrae Dowless for a major player — can undermine faith in our system. And how, if anyone doubted it, voter fraud is real.

Rich Lowry is the editor of National Review. comments.lowry@nationalreview.com

END_OF_DOCUMENT_TOKEN_TO_BE_REPLACED 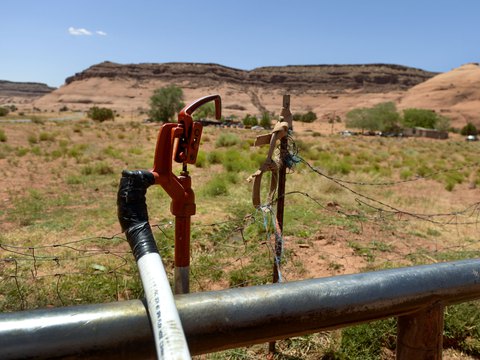 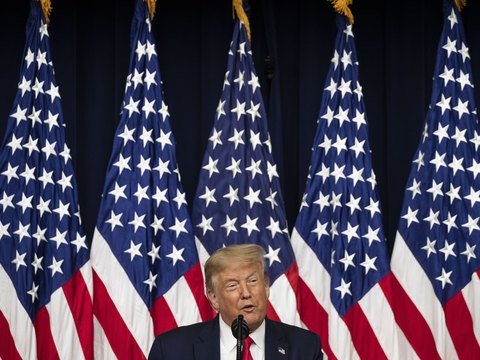 Letter: Is Trump desperate enough to delay the election?
By Marc Hoenig | The Public Forum • 20h ago
END_OF_DOCUMENT_TOKEN_TO_BE_REPLACED
L