George F. Will: What might a socialist American government do?

An American socialist government might tell, say, Carrier Corp. and Harley-Davidson that the government knows better than they do where they should invest shareholders’ assets.

Polly: He’s a socialist but he doesn’t like people.

Polly: You’re a conservative. You don’t have to.

— From “Getting On,” by Alan Bennett

Washington • This, one of the pleasures of being a conservative, is not for Alexandria Ocasio-Cortez, 28. She recently won the Democratic nomination — effectively, election — in a Bronx and Queens congressional district, running as a “democratic socialist.” In response to her, progressives and conservatives are experiencing different excitements.

The left relishes the socialist label as a rejection of squishy centrism — a naughty, daring rejection of timidity: Aux barricades, citoyens! The right enjoys a tingle of delicious fear: We told you that the alternative to us is the dark night of socialism.

At the risk of spoiling the fun — the left’s anticipation of the sunny uplands of social justice; the right’s frisson of foreboding — consider two questions: What is socialism? And what might a socialist American government do?

In its 19th-century infancy, socialist theory was at least admirable in its clarity: It meant state ownership of the means of production (including arable land), distribution and exchange. Until, of course, the state “withers away” (Friedrich Engels’ phrase), when a classless, and hence harmonious, society can dispense with government.

After World War II, Britain’s Labour Party diluted socialist doctrine to mean state ownership of the economy’s “commanding heights” (Lenin’s phrase from 1922) — heavy industry (e.g., steel), mining, railroads, telecommunications, etc. Since then, in Britain and elsewhere, further dilution has produced socialism as comprehensive economic regulation by the administrative state (obviating the need for nationalization of economic sectors) and government energetically redistributing wealth. So, if America had a socialist government today, what would it be like?

Socialism favors the thorough permeation of economic life by “social” (aka political) considerations, so it embraces protectionism — government telling consumers what they can buy, in what quantities and at what prices. (A socialist American government might even set quotas and prices for foreign washing machines.)

Socialism favors maximizing government’s role supplementing, even largely supplanting, the market — voluntary private transactions — in the allocation of wealth by implementing redistributionist programs. (Today America’s sky is dark with dollars flying hither and yon at government’s direction: Transfer payments distribute 14 percent of GDP, two-thirds of the federal budget, up from a little more than one-quarter in 1960. In the half-century 1963-2013, transfer payments were the fastest-growing category of personal income. By 2010, American governments were transferring $2.2 trillion in government money, goods and services.)

Socialism favors vigorous government interventions in the allocation of capital, directing it to uses that far-sighted government knows, and the slow-witted market does not realize, constitute the wave of the future. So, an American socialist government might tell, say, Carrier Corp. and Harley-Davidson that the government knows better than they do where they should invest shareholders’ assets.

Socialism requires — actually, socialism is — industrial policy, whereby government picks winners and losers in conformity with the government’s vision of how the future ought to be rationally planned. What could go wrong? (Imagine, weirdly, a president practicing compassionate socialism by ordering his energy secretary to prop up yesterday’s coal industry against the market menace of fracking — cheap oil and natural gas.)

Socialism, which fancies itself applied social science, requires a bureaucracy of largely autonomous experts unconstrained by a marginalized — ideally, a paralyzed — Congress. So, an American socialist government would rule less by laws than by regulations written in administrative agencies staffed by experts insulated from meddling by elected legislators. (Utah Sen. Mike Lee’s office displays two piles of paper. One, a few inches high, contains the laws Congress passed in a recent year. The other, about 8 feet tall, contains regulations churned out that year by the administrative state’s agencies.)

Today’s American socialists say that our government has become the handmaiden of rapacious factions and entrenched elites, and that there should be much more government. They are half-right. To be fair, they also say that after America gets “on the right side of history” (an updated version of after “the last king is strangled with the entrails of the last priest”), government will be truly disinterested, manipulated by no rent-seeking factions, serving only justice. That is, government will be altogether different than it is, or ever has been. Seriously.

END_OF_DOCUMENT_TOKEN_TO_BE_REPLACED 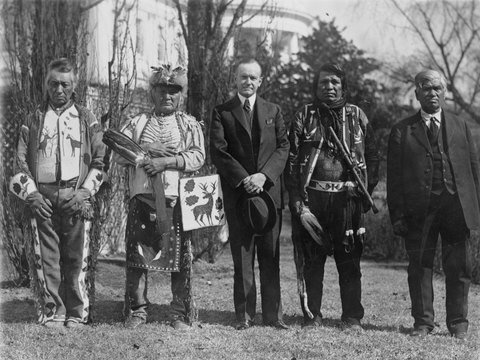 In 1920, Native women sought the vote. Here’s what they seek now.
By Cathleen D. Cahill and Sarah Deer | The New York Times • 14m ago 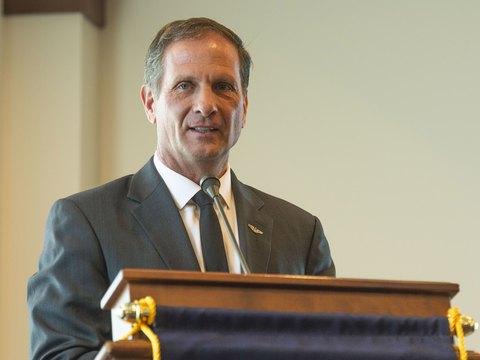