Commentary: Resolve to eliminate sexual harassment in the workplace

Knowing that a new generation was still dealing with the same types of unacceptable behavior left me feeling more powerless than any other run-in.

As I think about the past year, I reflect on what I am proud of, what I messed up and what I could have done better. This always leads to making often ridiculously unattainable New Year’s resolutions. Normally things like diet, exercise, readings lists and travel would be making my resolutions, but those items aren’t at the top of the list this year. Instead the issues surrounding the #metoo movement are weighing heavily on my mind.

Like so many other women, I have dealt with sexism and sexual harassment. As a 16-year-old Senate page in Washington, D.C., I was told which senator liked to take the female pages to get ice cream and the unwritten rule to make sure you didn’t go alone. As a young policy analyst in state government, I knew which lobbyist to avoid because he couldn’t help but make inappropriate comments when he saw me speaking with with male colleagues. I’ve had managers and bosses make repeated and unwanted sexually explicit comments to me and ask to have meetings at restaurants or coffee shops, when an office or conference room would have more than sufficed.

Over the past 20 years, I mostly viewed these experiences as irritations and vestiges of sexual-harassment past. I would complain about them with co-workers or friends and wonder how men like this still existed in the workplace. I now feel lucky to have had such minor run-ins. The #metoo movement exposed that sexual harassment is still a very real problem in our society.

While I was shocked and dismayed by the many stories the #metoo movement has brought to light, I was also incredibly inspired. I am left wondering what more I could have done and what I still can do to improve things for other women and men in the workforce.

I have had younger colleagues complain to me about their experiences with harassment. I always gave a listening ear and tried to offer help. Some of them took me up on it, most just wanted to vent their frustrations. Still, I wish I had done more. For while I considered my own experiences as irritations, hearing younger women go through similar experiences was truly heartbreaking. Knowing that a new generation was still dealing with the same types of unacceptable behavior left me feeling more powerless than any other run-in.

So now, with a new year just around the corner, I’m making a goal to do more to rid our offices, government and country of the sexual harassment and assault that have harmed so many lives. As a friend and colleague, I can start with trust when victims come forward. We must stop demonizing and re-victimizing the survivors. As a voter, I can hold my candidates and elected officials accountable. No political party, ideology or tribe should trump the equal and respectful treatment of our sisters, friends and daughters.

As a leader I can work harder to protect colleagues, students and interns and insist we recognize harassment when it occurs. When people say they don’t know anyone who has experienced sexual harassment or that it doesn’t exist in their field, they may not be paying close enough attention. Finally, as a woman, I can resolve to do all within my power to demand there be zero tolerance of sexual harassment in our society. I have worked with many wonderful men and women throughout my career and it is upon all of us to ensure we are not bystanders and help fix this problem.

Morgan Lyon Cotti has worked in politics and government for the last 20 years. She holds a Ph.D. in political science from George Washington University and currently works at the University of Utah.

END_OF_DOCUMENT_TOKEN_TO_BE_REPLACED 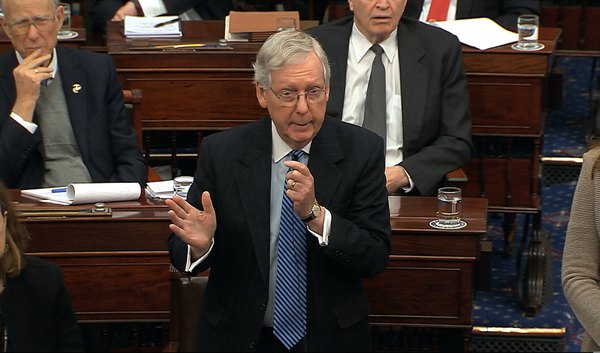