The 26-year-old English convert had crossed the Atlantic Ocean and Great Lakes by ship, and wore out shoe leather walking from Chicago to Nauvoo, Ill., where he met and married Ellen Benbow. The couple then joined Young's inaugural wagon train westward in February 1846.

On July 22, 1847, Carter — part of a handpicked, advance troop Young sent ahead from the Latter-day Saints' Winter Quarters, Neb., camp — immediately set to work breaking hard ground for crops needed to feed the coming settlers, including Ellen, whom he had been forced to leave behind as she recovered from illness.

An inscription on the old iron blade notes that it was used by Carter to plow "the first half-acre in the Salt Lake Valley." It was a sturdy plow, too. The same implement was used 15 years later to break the soil on the southwestern Utah settlement of St. George.

The new, second-floor exhibit seeks to offer a wider historical experience than perhaps previously offered for the flight of The Church of Jesus Christ of Latter-day Saints from persecution in the mid-19th century, said Byron Andreasen, history curator for the museum.

"In the past, we really focused on the Utah pioneer period," the initial treks like Young's that brought the first settlers to the Salt Lake Valley, he said. "But that left a big gap in the pioneer story, one we wanted to address with this new exhibit."

For one thing, it was not just the single "Mormon Trail," the arduous 1,300-mile passage over plains, rivers, deserts and mountains from Nauvoo on the Mississippi River through Council Bluffs, Neb., the Platte and North Platte rivers, Wyoming's Forts Laramie and Bridger and then the Wasatch Range recognized by the National Park Service.

"LDS visitors [to the exhibit] might see a little bit of their own family history in this, or imagine ... how they fit in this picture," Andreasen said. "Non-LDS visitors ... can see the unique dimension of the Mormon migration and the opening of the West."

Museum staffers have worked two years on the exhibit from conception to painstakingly gathering up and winnowing down hundreds of historic items to about 50 ahead of Thursday's opening to the public.

The result is a balanced blend of technology and relic, items both historically prominent and poignantly personal. A cap-and-ball pistol, possibly used by Mormon handcart leader Edward Martin to stand guard over the belongings of British converts departing Liverpool, shares space not only with Carter's famed plow blade, but also with pottery, chipped china, tools and clothing, musical instruments and precious family heirlooms.

An ingenious, and still functional, "wagon roadometer" — crafted of wooden gears driven by wagon wheel rotation to measure the Mormon trek's miles — is an eye-catching, centrally located showcase of the exhibit.

Asked to point out his favorite artifact, Andreasen confesses it is an obscure, small spinning wheel tucked near a corner.

"It was brought by Danish converts in the latter part of the immigrations, and, by that time, looms and other mechanical things had kind of taken over ... but they brought this little piece of their old life with them across the ocean, rivers and plains," he said.

"It represents the continuity of their family and their culture," said Andreasen, adding with a smile, "and I'm, Danish, too; I have Danish ancestors" who immigrated to Utah.

END_OF_DOCUMENT_TOKEN_TO_BE_REPLACED 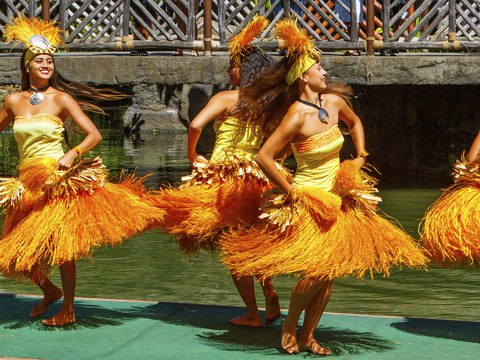